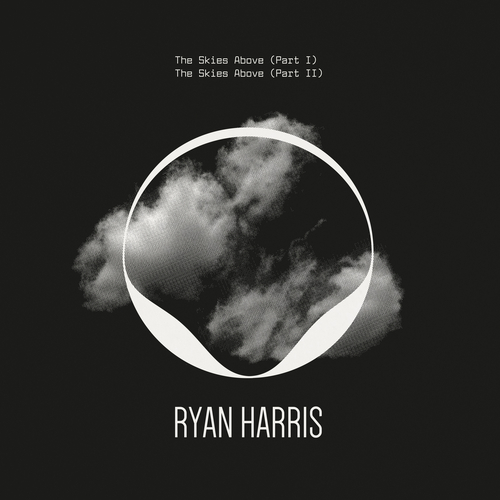 Ryan Harris - The Skies Above 7" (lathe) Bladud Flies! third entry in its Abhorrent Juxebox 7” series, The Skies Above is a beatific and evocative seven minute long piece by Ryan Harris. Inspired by Brian Eno, Jean Michel Jarre and other forebearers of the ambient scene, Harris – a 34-year old Texas native now living in Florida – delivers a modern perspective that wouldn’t sound amiss alongside artists on labels such as Kranky and Touch.

Divided into two separate movements, lush synthesized strings ebb and flow against shimmering arpeggio chimes and the periodic, momentous hammer of a bass drum that sounds as if it’s punctuating the passage of time itself. Heady and uplifting, this is music that continues in the mind long after the last note has faded.